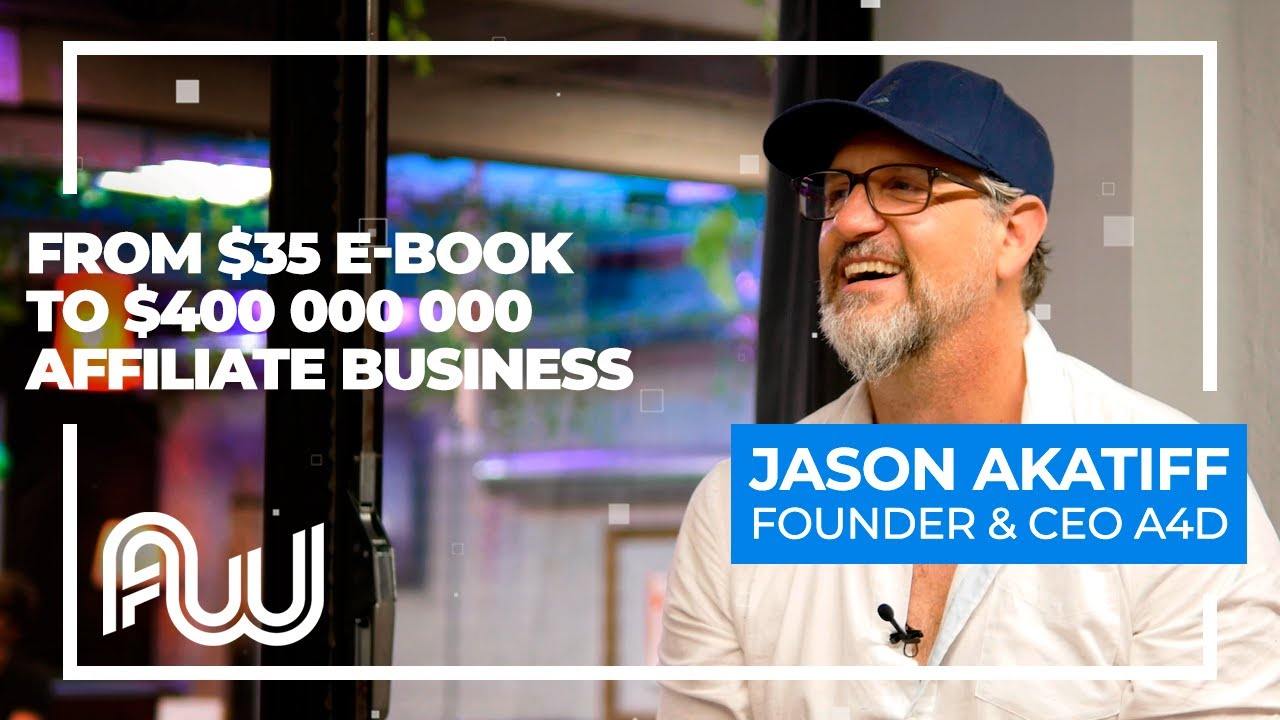 Was over in Barcelona at the Affiliate World conference and got hit up by the Zorbas Media guys. They’re are the largest affiliate publication in Russia. They wanted me to do an interview so thought it would be great to work with Russia as that hasn’t been a big part of our business up to this point.

I’ve done a lot of interviews lately, if you’ve been following, so the beginning is some what similar. If you want just fast forward there’s some good insights into how we run our business.

WOW!!! The quality of this production is amazing…. I need to hire these guys for all my videos 😀

About his career and business

Jason started as an affiliate back in 2003, for years he has been an active contributor to the affiliate community and eventually that led to the creation of the A4D affiliate network, which from the very start had 2000 affiliates on board, and that was back in 2008.

But running a hugely successful affiliate network specializing in grey hat nutra offers may bring vast riches and vast problems, as it happened with A4D, they were sued by FTC and just in a day Jason lost 95% of the business that amassed $400 000 000 in revenue over a few years.

We’ve asked Jason what makes a good affiliate enterpreneur and the short answer is being a jack of all trades, he learned it when he started A4D without any staff on deck and he had to do everything by himself.

Another point Jason gave us is the importance of focusing on self-development rather than on making money, which can and eventually will be lost (just take a look at his example). So, when things go south, you can take a breather, reset your mind and get back in the game, and this was exactly what Jason did.

In Jason’s opinion, affiliates are the best marketers there is, and not just because they can work with pretty much anything. Affiliates consider a plethora of variables when running campaigns, none of which are under affiliates’ control, so problem-solving and various skills in pretty much any field are a must for a good affiliate marketer.

The future of A4D and advantages of white hat offers

Now A4D is promoting white hat leadgen offers, it doesn’t bring as much profit as grey hat stuff did, but the sustainability and lack of problems outweigh the promise of amazing riches.

The traffic sources A4D uses are Facebook and Google, which if utilized properly can be very effective for running white hat leadgen stuff, such as insurance and various legal offers. With 17 thousand affiliates on board, A4D is doing well and is steadily growing.

In Jason’s opinion, the key advantage of a white hat company is the ability to go public, which is next to impossible when running grey hat.

Now he is working with white hat offers and developing his own E-commerce project, and he has high hopes for both of those.